A series of artworks and chapbook with longtime collaborator Harry Thurston.

On the night of September 13th, 2013, a flock of songbirds on their migratory journey south were attracted, like moths to a flame, to a hundred-foot-high flare at the Canaport Liquefied Natural Gas plant in Saint John, New Brunswick. The result was tragic, with 7,500 to 10,000 birds of twenty-six species — mostly wood warblers, including the endangered Canada Warbler — being killed by the heat. In 2015, Canaport LNG accepted full responsibility for the bird mortality and were fined $750,000 under the Migratory Birds Convention Act and the Species at Risk Act.

The photographic work comprises of 200+ individual birds that were part of the killing on September 13th. 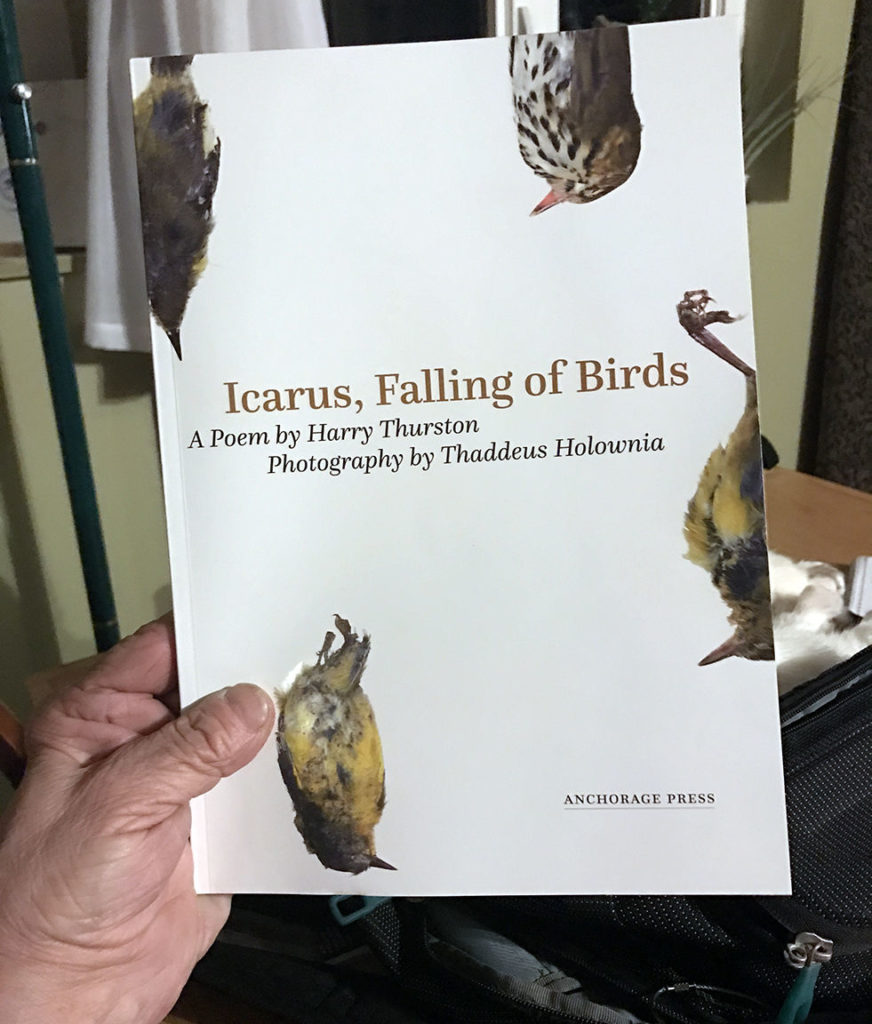 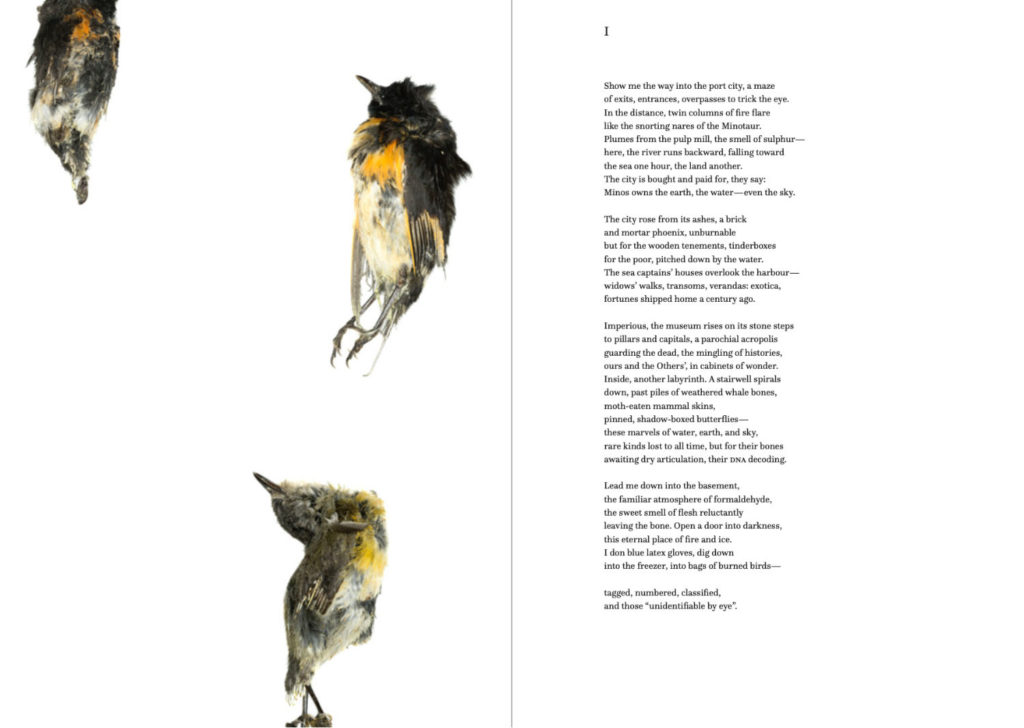 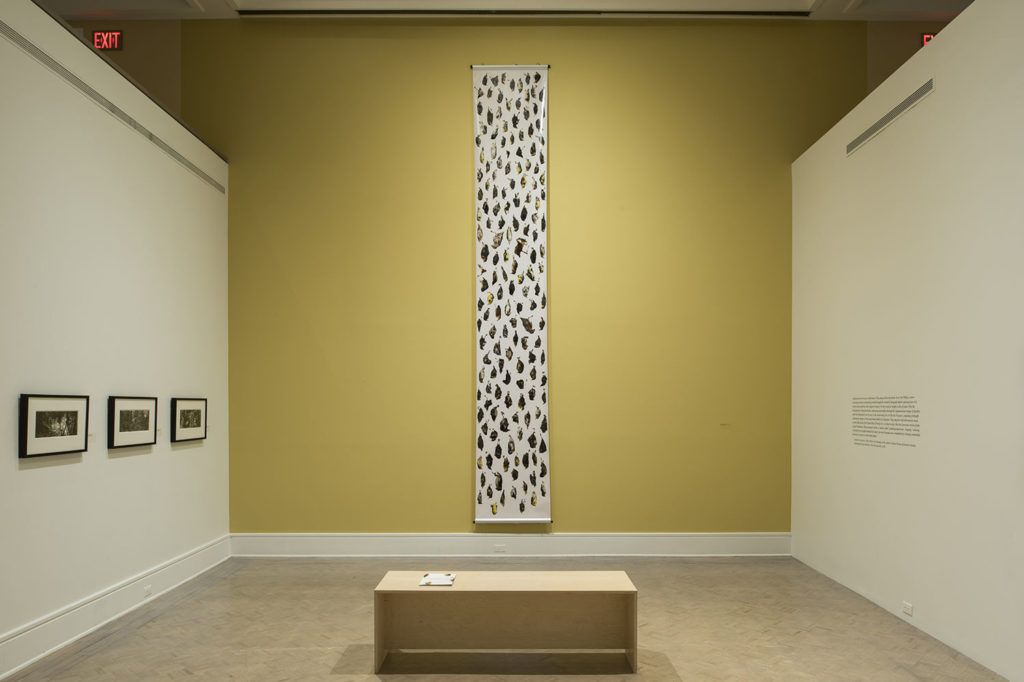 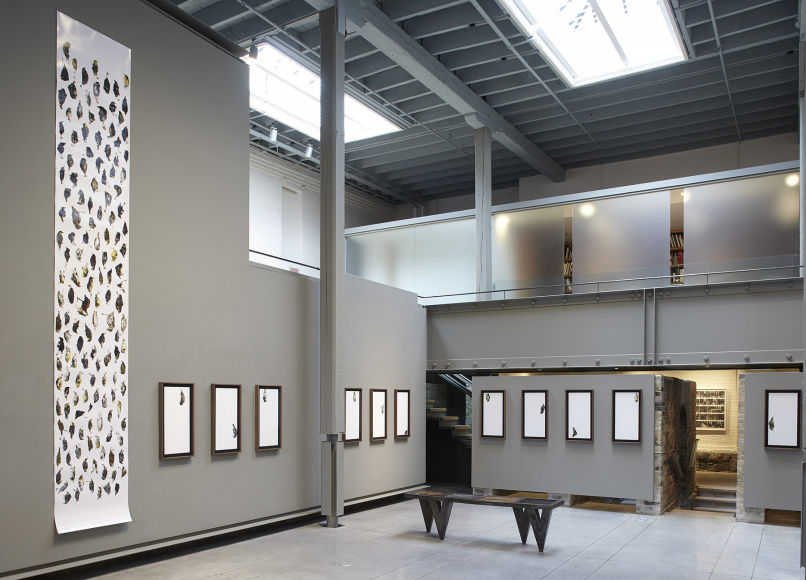 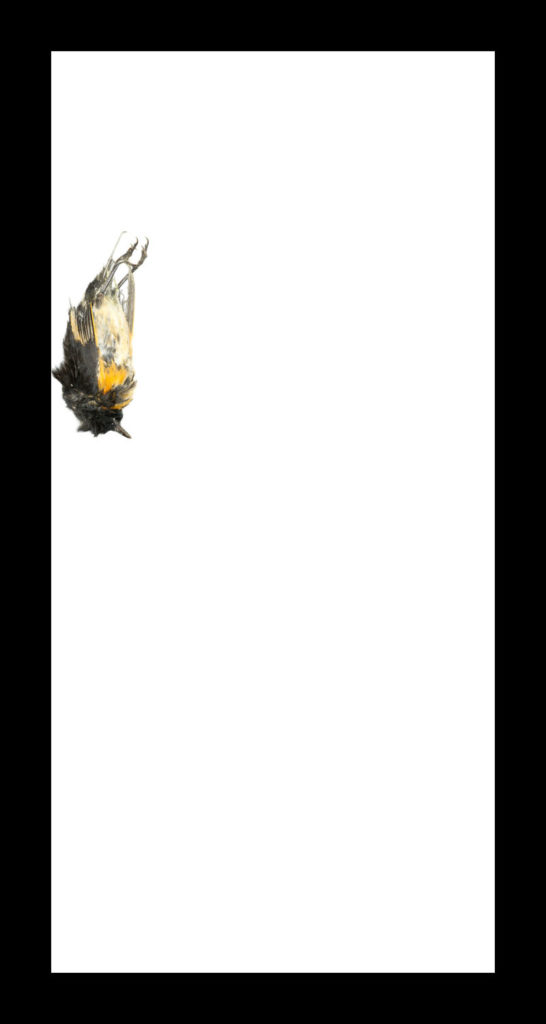 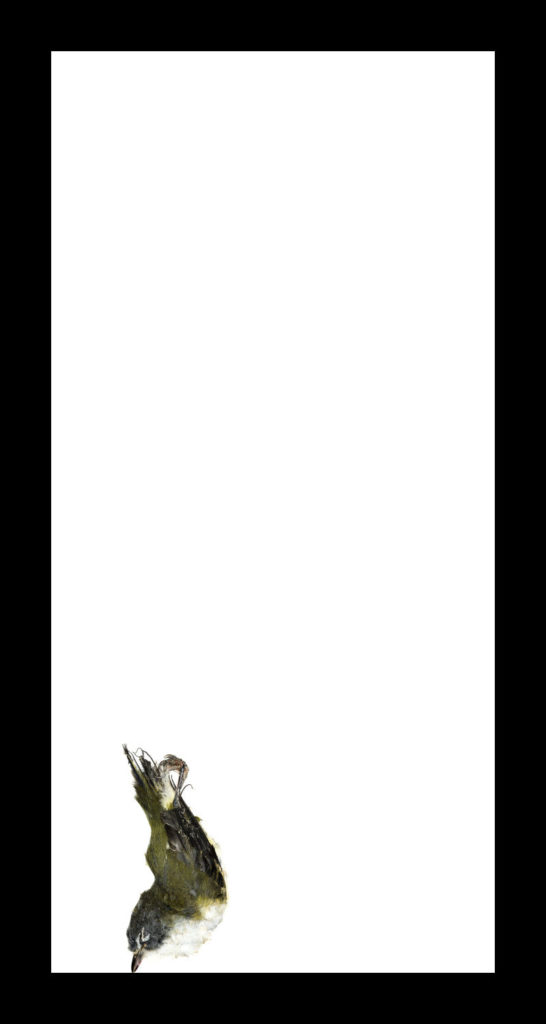 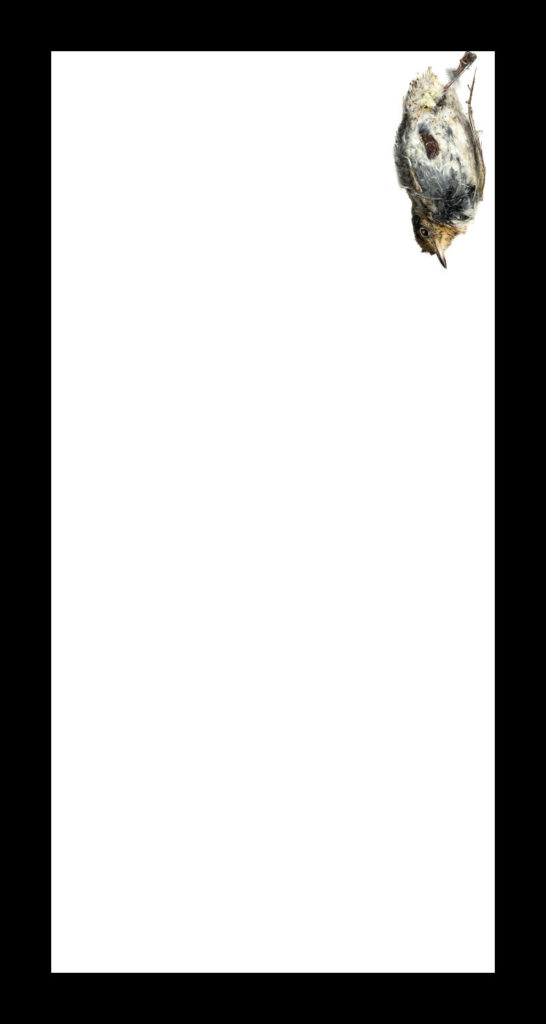 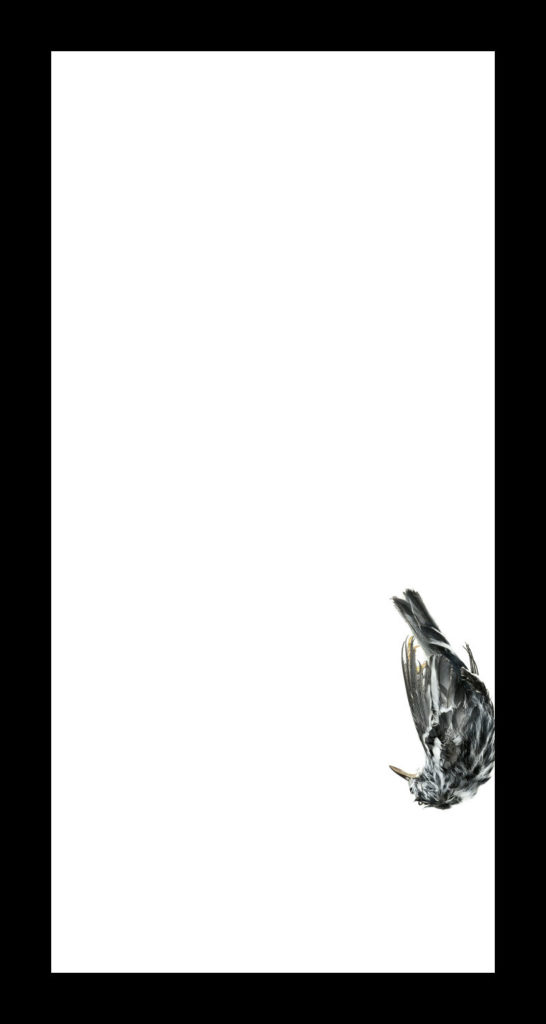